The austerity of a vineyard considered among the top for the appellation. It originates from an exceptional vineyard occupying an area of about two hectares at an altitude of 300 metres in the municipality of Castiglione Falletto, set in iron-rich soil planted with vines that are over 50 years old and exposed southwest. The name “Enrico VI” was coined in early 1970s by Paolo Cordero di Montezemolo to commemorate the birth of his sixth child (1959) named Enrico along with the purchase of this prestigious Barolo vineyard in 1965: the perfect occasion to celebrate two important events with a single tribute. Since then, our Barolo Enrico VI has been the only expression of Barolo from a different territory, far removed from the rest of the vineyards in the Annunziata hamlet of La Morra. A microclimate that tends to be cooler, less ventilated, on a more evolved and compact clay soil: the result is a “masculine” Barolo with a strong personality, sturdiness, earthiness and prominent mentholated notes. The palate displays more breadth and volume but, at the same time, an abundance of soft and sweet tannins. 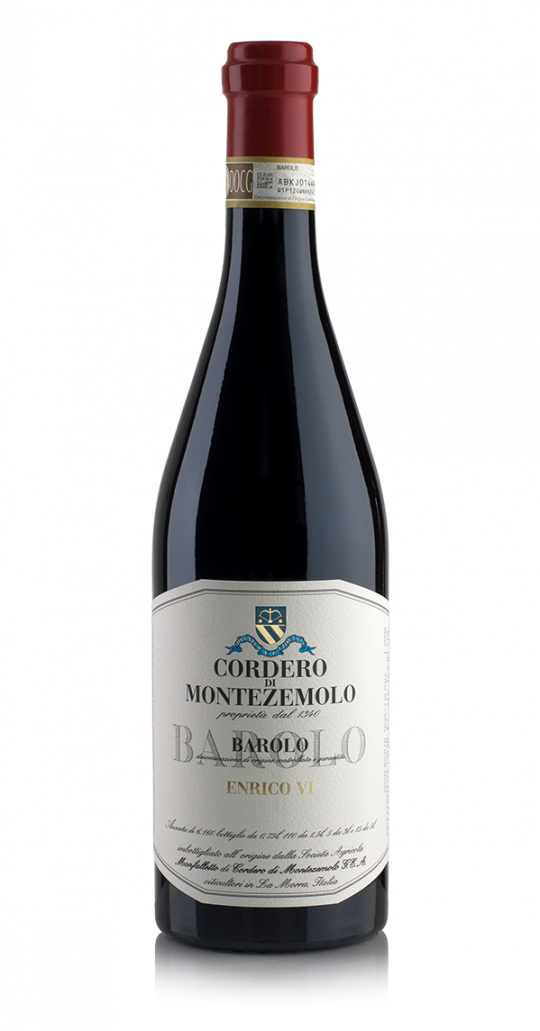